I was a deprived child. My parents never took me ice skating.

Ok, so not really deprived, but I like to tease my parents on this one.

As I clung to the barrier, going round in slow tedious circles for an hour, tense to the core and shitting myself with fear, I agreed whole heartedly with the lady wrapped up warm watching from the stability of the pavement who said "I think skating is one of those things you have to learn as a child".

I did get noticeably better in the course of the hour and only fell over once.

However, with cramp in the arches of my feet, and aching legs, I think I will only be going skating again if I can go for a beginners lesson, on a rink where there aren't spectators, or lots of little girl guides on a unit outing whizzing around making me feel even more like an idiot.

Tom was very patient, and went for a few faster laps at the end. Here's a blurry pic of him in action. 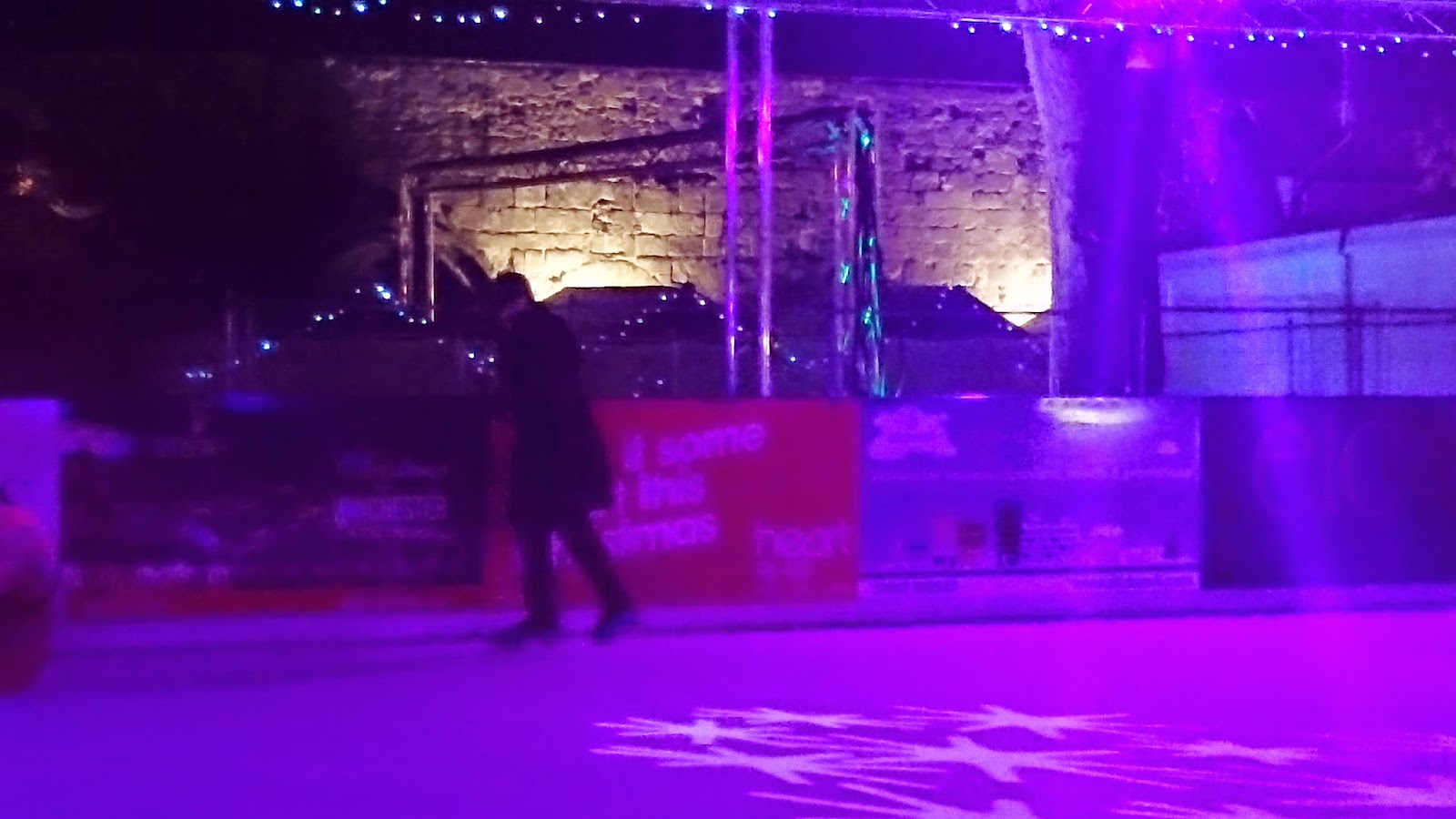 It also reminded me of my intense dislike of not being good at things right away, and dislike at failing at things in public.

As a reward for trying skating, Tom took me out for dinner. We went to Fish Tale, a relatively new restaurant in Winchester. The food was fab. We shared a mixed platter of deep fried fishy things, butterflied prawns, beef croquettes and curried soup to start. I then had scallop and prawn thermidor, and Tom had chorizo, smoked haddock and prawn chowder. The portions were so large that I brought home a third of my thermos and ate none of my chips. The prosecco was also fab. One to only order mains at next time I think, unless they make all the portion sizes a bit smaller and knock a few quid off the prices to match.