A long line of confusing things.

I'll work backwards shall I?

My eyes hurt. I shall be booking an optitians appointment. I also have to get an MOT booked for little car. Yes Little Car, the source of some friction. Little Car is a gift from a friend of mum's who was given her dad's car when he dies. Little Car was unwanted and the friend offered it tome. I took it without really thinking It through, going along the lines of I need a car to drive after I've learnt. Which reminds me I also need to phone the driving intstructor. But that must wait until I've got my rehearsal schedule for Bugsy. Argh too many things.

Poor Rob I threw him in the deep end with me acepting this car. I didn't think about him paying insurance, or repairs etc... Now on I'll listen to him. I hate being a bad fiancée and I don't want that to translate into being a bad wife. The short answer? Don't give me money.

It's the day before the last day of the Christmas holidays. I've been collating over the last few days a list of snippets on the three topics that will be in my French Writing Paper retake on the 10th of Jan. I need info that is not covered in the booklet that relates specifically to France or the French speaking world. Le monde francophone! Things like in 1997 575 million euro was spent using Minitel in France and in 2002 this number fell to 377 million euro because of more services being available on the internet. Oh the joy it should be finished tomorrow morning.

The other thing I've been doing today is bidding on ebay for Nokia 3200s as my mobile phone is finally giving up. I've fallen for the idea of a radio on my phone as I love Radio 4 and it'd be cool to have it wherever I go. The next ones finish tomorrow morning so I'm actually going to have to get up after a holiday of lazy mornings.

New year was lovely. I went to a Party at Lizzy's which was also a birthday party for Jon, who was born on the 1st. Rob and I gave him a singing dancing fluffy monkey thing, which gives you a big insight into one half of his personality. I had a nice time getting to know Lizzy's friend Steph, so much so we even swapped insignificant rings. I also had fun fitting in with drunk people whilst being sober, as this is when my normal wild eccentricities can go unnoticed or rather seem perfectly acceptable to drunk people. Much amusmant was to be had by Rob from watching me.

The new digital camera has been put to good use for the art project meaning the teachers might not kill me completely as there are some stonkers ready for use, though nothing more in a sketch book. I think I'm loosing my touch there a little. It may just be over kill. [Just to make absolutely clear...these are friends of mine not me and Rob...lol] 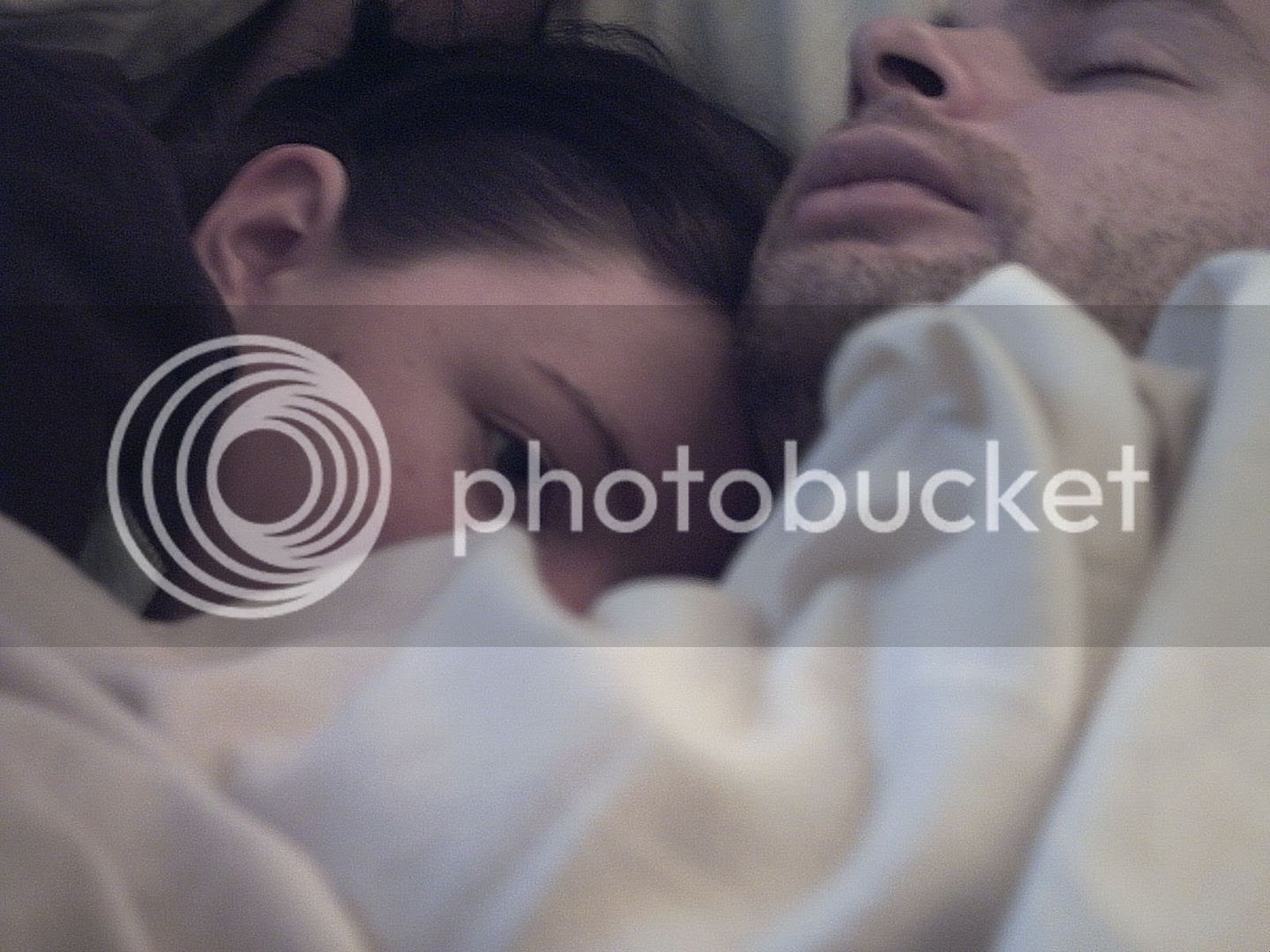 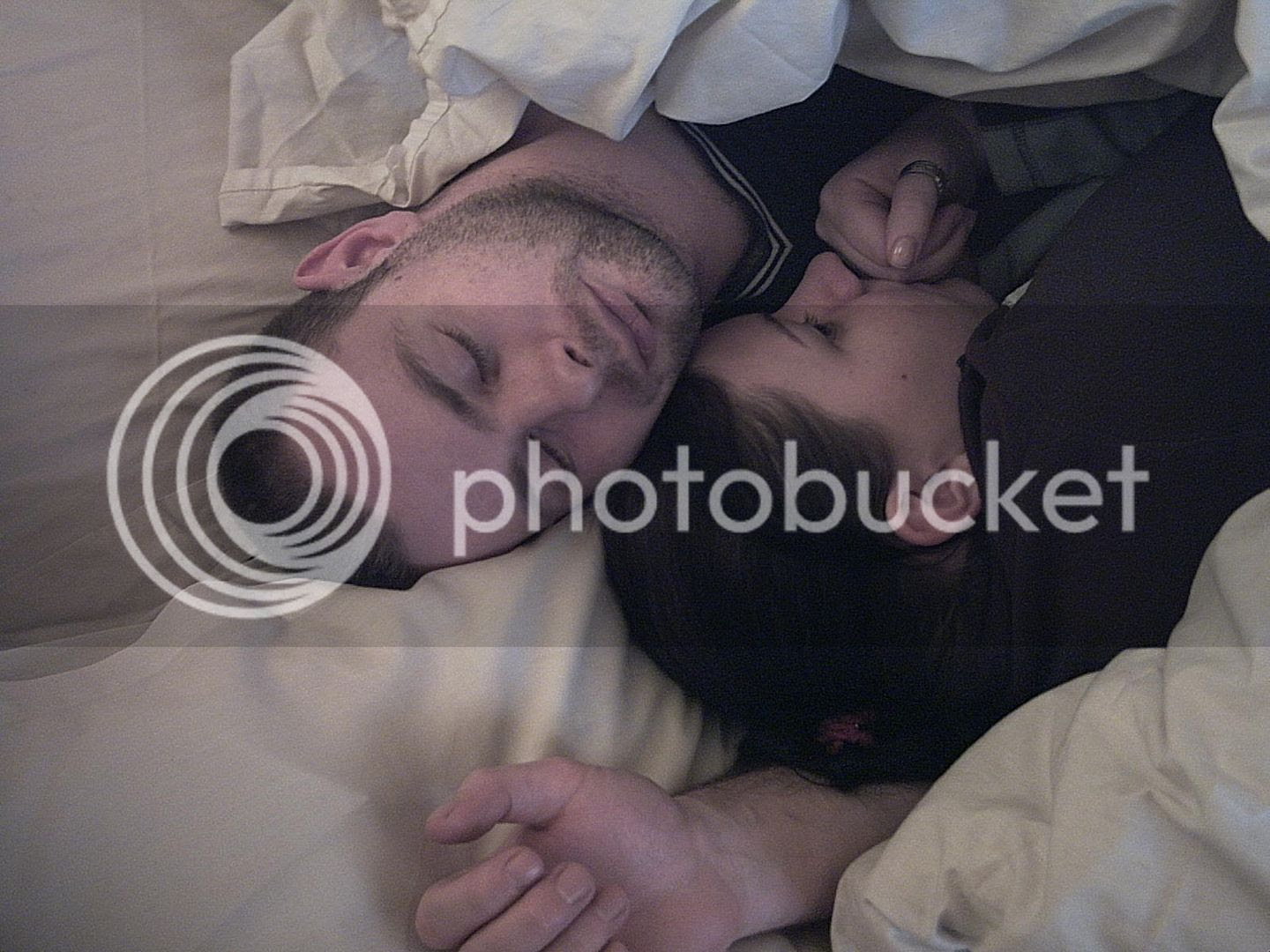 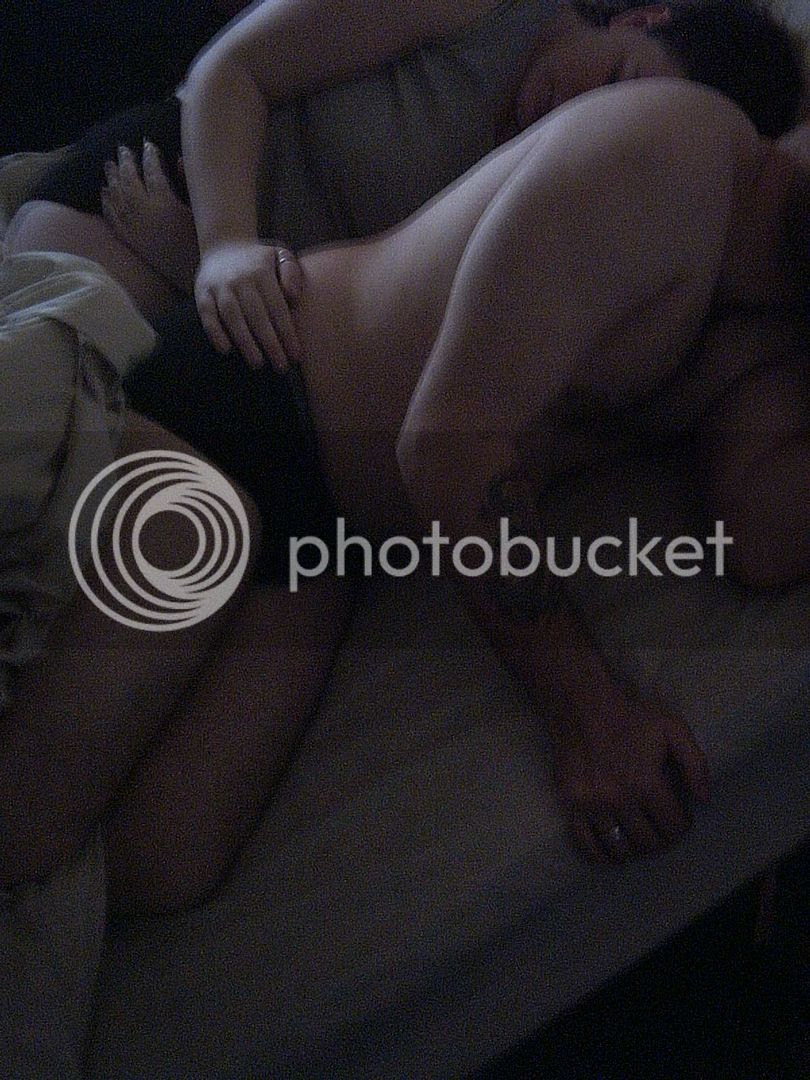 Funny how some music moves you beyond eh? I'm rediscovering the joy in good music just in time for my choreography paper. This is going to be such a year.

Sounds like a lovely time hun and I hope you get all your stuff done soon. Lots of love Fran xx xx xx xx

It's been a while since I've been to your site. Some reactions to this post:
1. I'm the same way with the car/money thing. I don't even think about petrol, insurance, car tax... To me, I just think "Car! No more bus!"
2. I have a driving instructor, too.
3. I like reading a British person's blog because I finally get it.
4. Is your man in his underwear in that picture? Does he know you've posted him in his underwear on the internet?